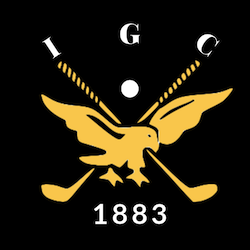 Steven Pears, the 16-year-old junior champion at Nairn Dunbar Golf Club, was the first winner of the Russell Knox Trophy, which has been donated by the top European and US tour golfer who played his early golf at Nairn Dunbar and Inverness.

Steven shot an impressive 69 at Inverness Golf Club’s Culcabock course to win the trophy by two shots from Danny Doogan of Golspie. Third was Jamie MacKintosh, a member of Nairn and Inverness on 72 (BIH) and fourth on 72 was Angus Davidson from Nairn Dunbar.

The handicap section was also won by a Nairn Dunbar member. Breagha MacKintosh, won with a net 60. Runner up was Liam Shewan of Inverness with a net 65, ahead of Luke Young of Inverness on 66 and Thomas Bremner of Rothes on 67.

A total of 48 boys and girls took part in the event, which will be hosted by Nairn Dunbar Golf Club in 2018.

Inverness Golf Club President Gordon Fyfe told those attending the prize-giving that Inverness and Nairn Dunbar Golf Clubs had introduced the Russell Knox Trophy for junior golfers in the North – in recognition of the outstanding contribution made to world golf by Russell Knox, who began his golfing career at both clubs.

Russell is an honorary member of both clubs. At Nairn Dunbar, he was junior champion and junior captain before going on to win the club championship on 3 occasions from 2002. At Inverness, he won the Inverness 4-day open on three successive years (2004-2006).